We believe that the rapid evolution of technology is creating increasingly broader opportunities for disruption through digitalization in a wide range of industries. Technology-based solutions have quickly become the norm globally and are playing a dominant role across both professional and social activities. This is especially relevant in Latin America, given the favorable demographic profile of the region, a growing middle class with disposable income, high penetration of mobile devices and internet services, and early adoption of digital services.

We believe this rapid increase in data use and acceleration of processing capabilities, combined with improved connectivity and mobility, is a catalyst of several historical changes in the way people live and work in the region. Basic services have been increasingly digitized: shopping, education, healthcare, delivery, communication, data storage, among others. In addition, Latin America has a base of highly-talented founders, who have studied abroad or worked with multinational companies, and then return to the region to start high-growth companies.

Local Latin American capital markets have not fostered larger technology companies mainly due to capital availability constraints. There is a lack of a recurrent mechanism through which late-stage capital can be raised, invested, and recycled to create and fund more tech companies. We are focused on solving this dilemma for technology companies, providing cost-efficient late-stage capital.

Our conviction in prospecting actionable targets in Latin America is supported by these factors:

• A significant number of large private companies in Latin America have raised record amounts of capital but have opted to stay private longer. The collective valuation of these companies is in excess of $70 billion.

• We can facilitate, through our SPAC, listings for tech companies. We envision most of the main tech verticals to be represented in the capital markets. This will open the way for more companies to come.

• We have a value-driven investment approach, targeted towards unleashing growth while providing tools to founders to build and enhance the companies they have created.

• There are over 20,600 technology companies in the region, we will increase the conversion of private companies into publicly traded companies to equal or surpass other well-developed capital markets.

We believe that our management team’s extensive relationships and sound reputation throughout Latin America will enable us to identify business combination opportunities with significant potential upside. As an existing public company in the United States, we offer a target business an attractive alternative to the traditional sources of capital available in the region or to a direct listing. A transaction with Alpha Capital can reduce the risk, time commitment, uncertainty, and costs associated with a public listing for our potential targets. 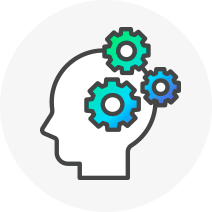 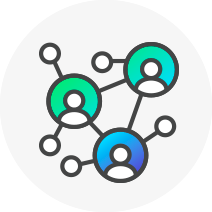